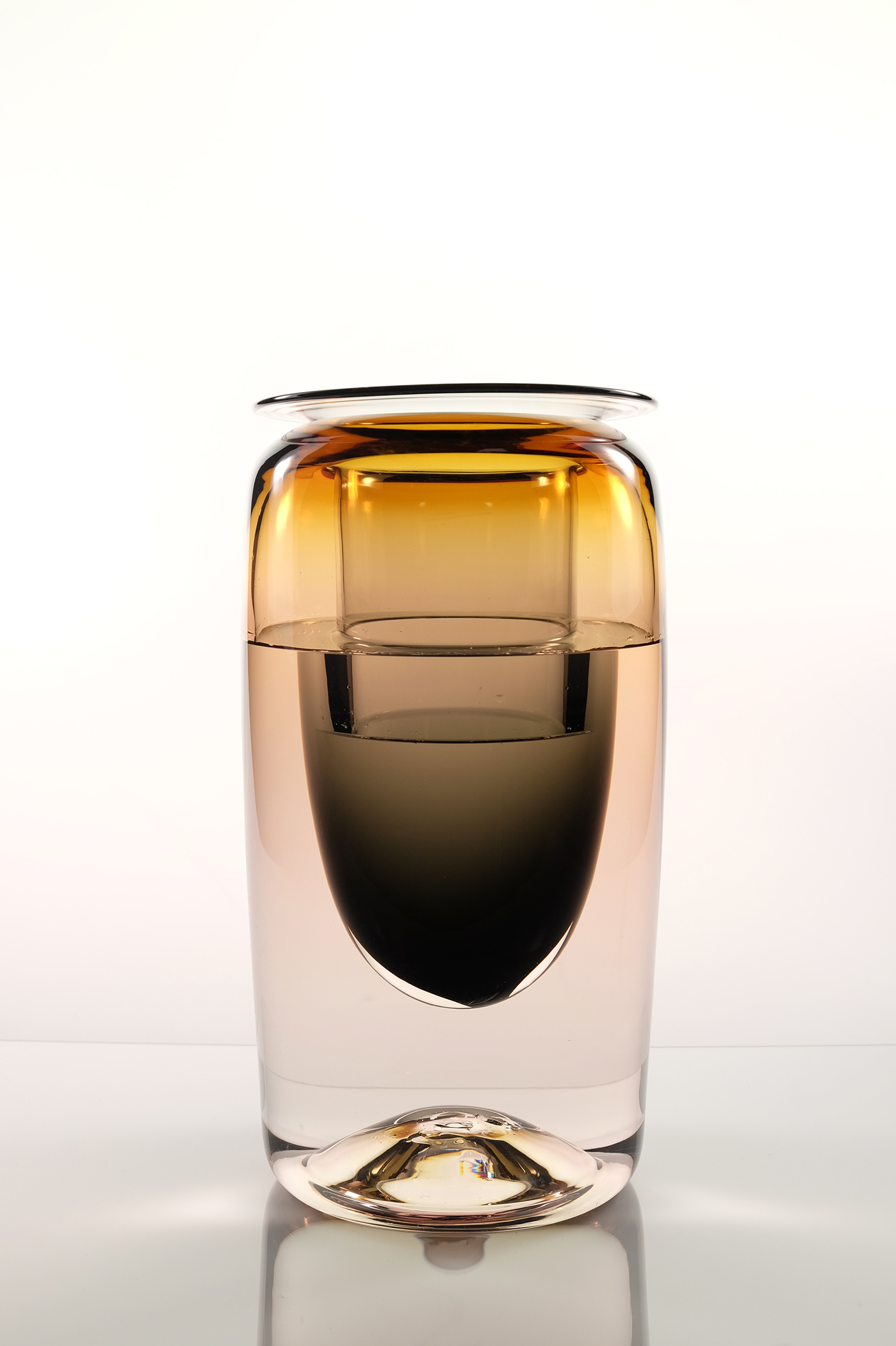 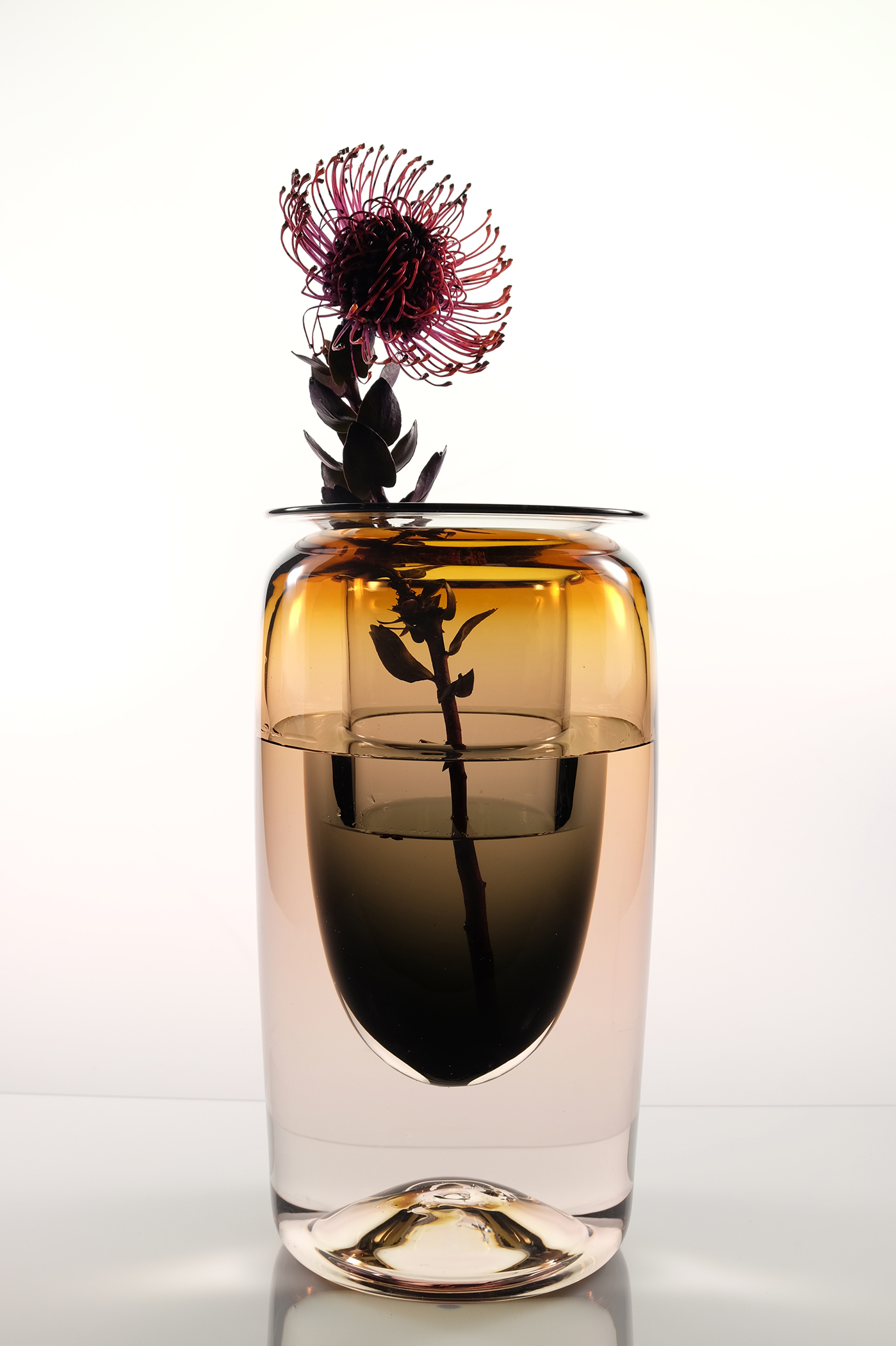 Light is crucial in the paintings of Edward Hopper. His interest was particularly taken by light, which enters a room and creates shadows and shades of colors on different surfaces. One can say that his paintings oscillate between light and darkness. For this project, the change of light as the essence of Hoppers paintings is interpreted into glass objects.
The three vases are named after the different stages of dusk: Civil Dusk, Nautical Dusk, and Astronomical Dusk. Those are marked by three distinct angles of the disappearing sunlight under the horizon during sunset. The vases represent those stages of dusk by color as well as by shape, because the angles of the lips of the inner vases match the respective angle of light.
The first stage of dusk, where the center of the sun’s disc goes 6° below the horizon in the evening, is represented by the vase “Civil Dusk”. At this stage, darkness slowly arrives. During Nautical Dusk, the upcoming night appears glamorous. The light on the horizon oscillates between pink and purple. The angle of the sunlight is now at 12° below the horizon. During Astronomical Dusk, the last tremor of light is embraced by the darkness around. At this stage, the sun’s position is 18° below the horizon. 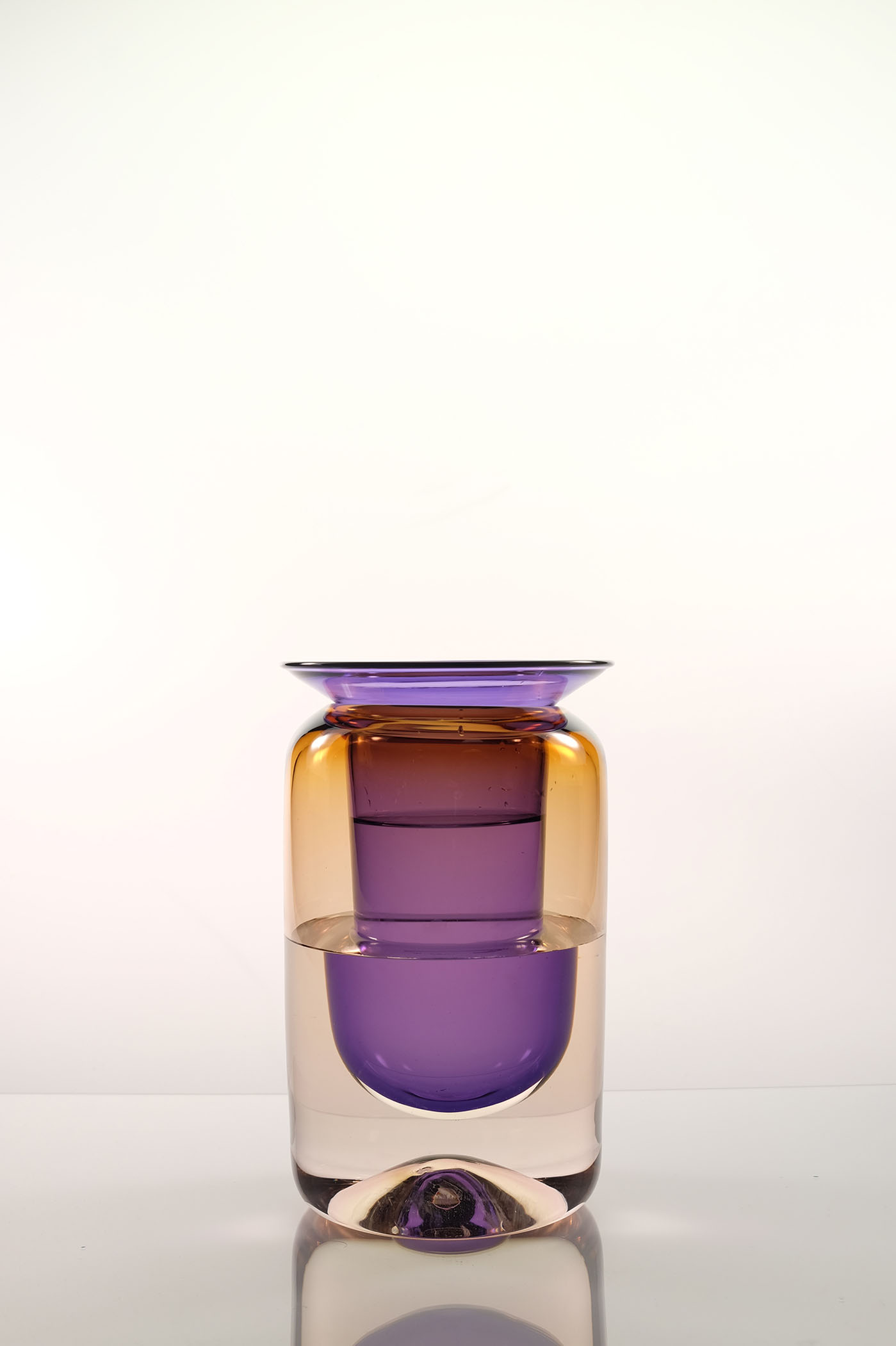 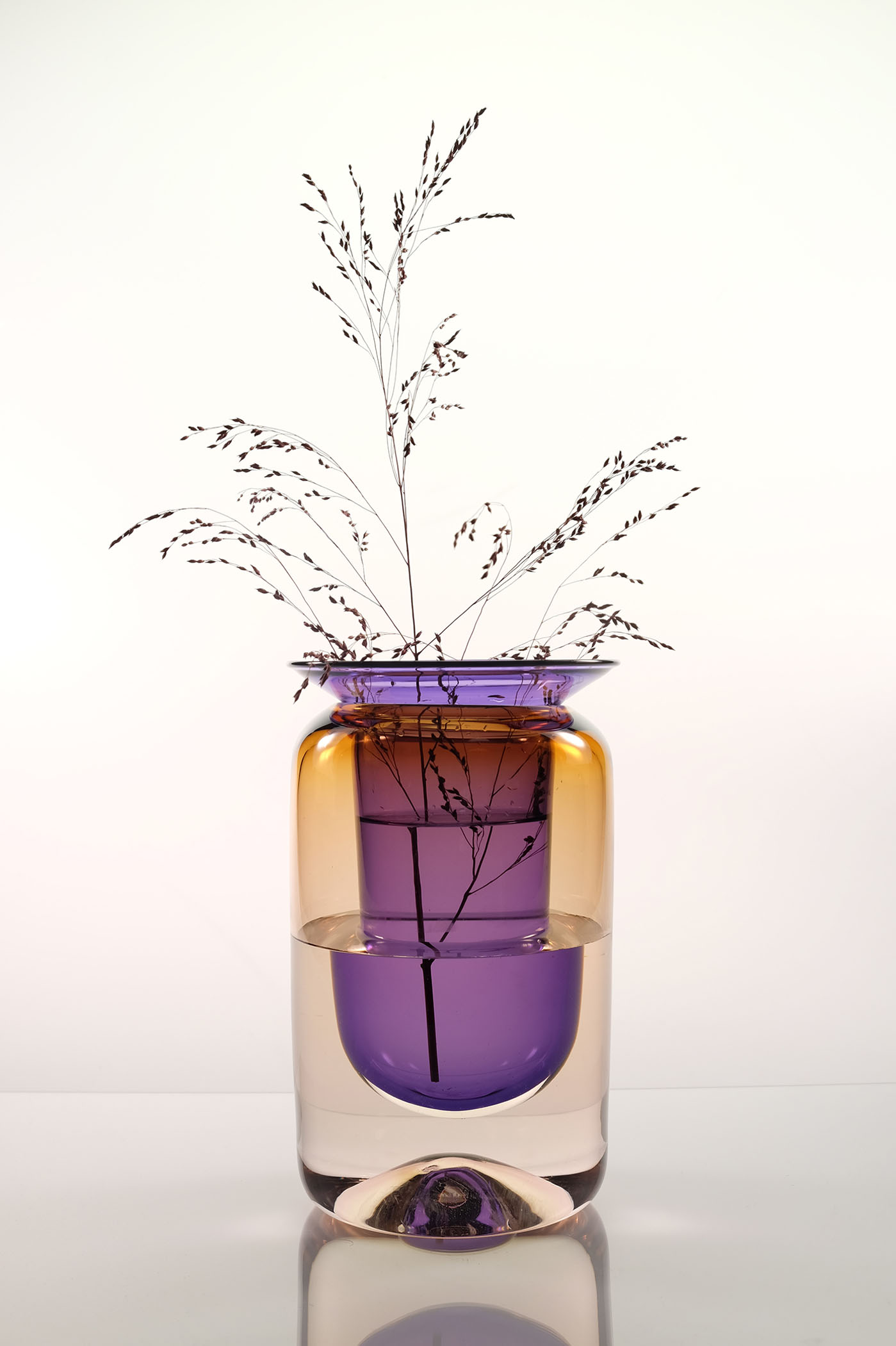 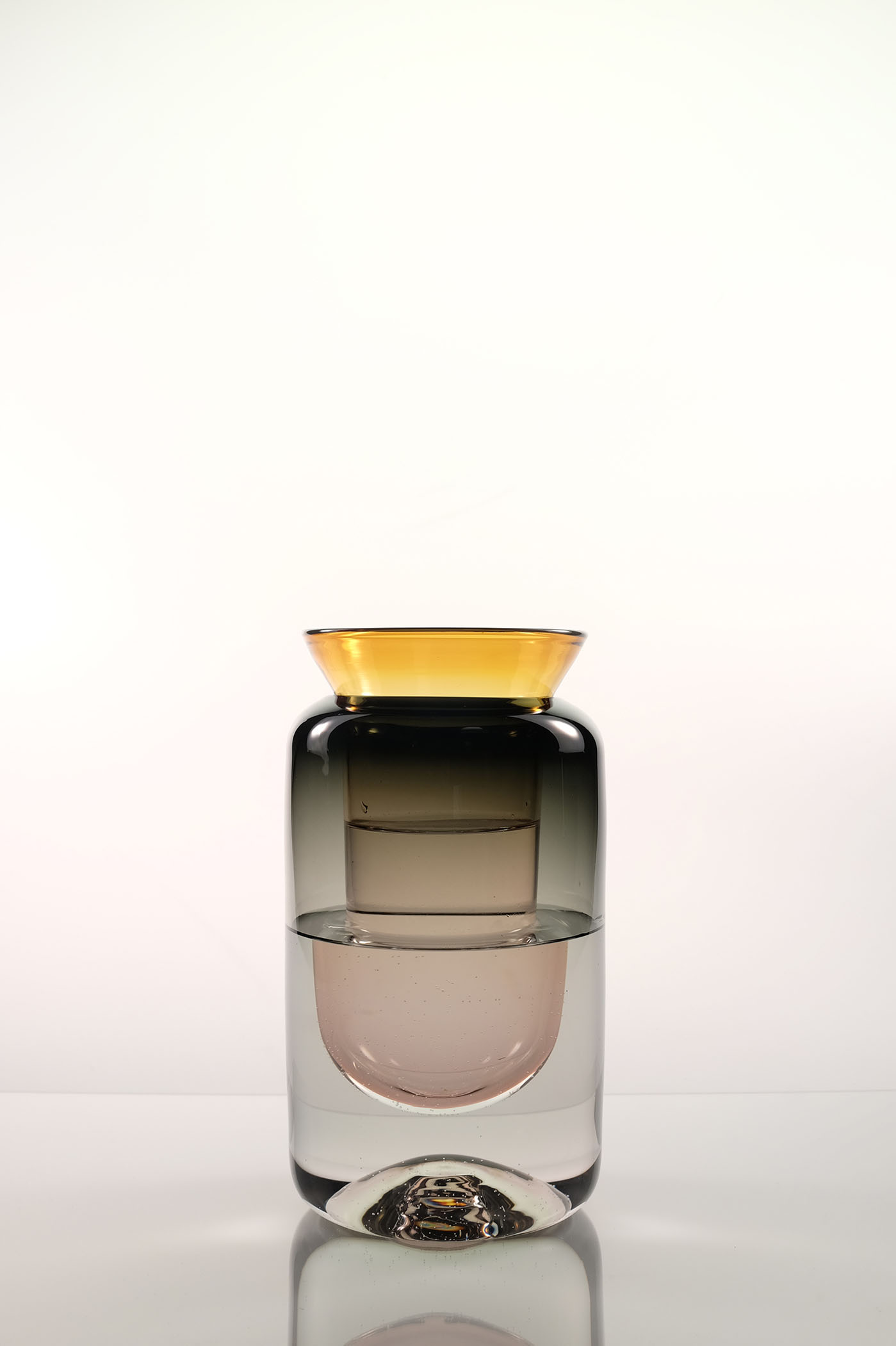 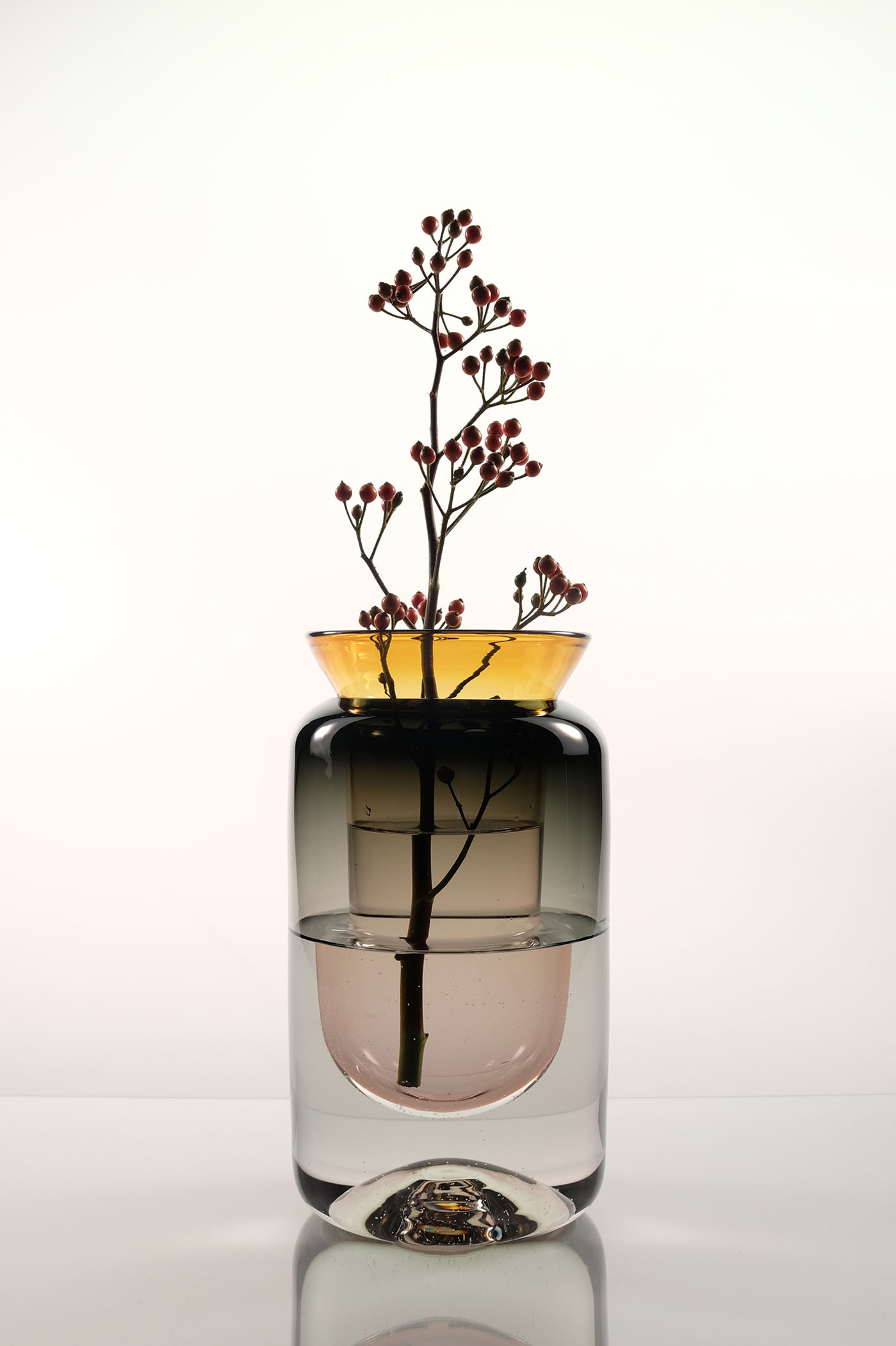